The INA provides a certificate for those who pass the NCS Credential Exam.

Organizations and agencies are prohibited from awarding certificates to any individual who has completed the INA Basic Skills Assessment or INA Credential Exam. Completing either the test does NOT provide any individual with automatic membership to INA. Membership in the INA or passing one of our tests will in no way help individuals obtain a visa to the USA or any other country – saying so is false. Individuals can become MEMBERS of our association. However, membership in the INA does NOT certify, credential or accredit them in any way through INA. The INA does not have a certification for agencies. INA indemnifies itself from any legal proceedings based on a member’s wrong doing.

This page is sponsored by 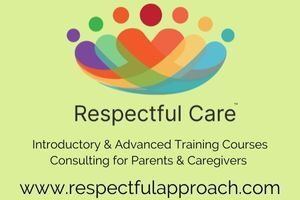 The NCS Credential Exam is designed to test a candidate’s working knowledge of newborns and infants, their developmental needs, and how to meet those needs in an in-home child care environment. The questions range in difficulty and are meant to provoke thought and learning. The exam is not meant to replace thorough interviews by agencies and families, observation of NCS applicants with infants of prospective employers, and complete reference checks. It can, however, be a gauge of the individual’s knowledge of what infants need and how they develop, as well as common difficulties they face. Professional newborn care providers continuously learn about babies. Both experience and education keep us abreast of developments in the newborn care field. Our commitment to learning as much as we can about them will enhance infant health and development as well as help them to feel secure and safe.

Description of the Exam

The exam has 100 Multiple Choice Questions.

This exam is designed to evaluate knowledge, skills, and attitudes of candidates taking the exam in the following areas:

What resources will I need to prepare for the Nanny Credential Exam?

Study guide resources to accompany this exam prep can be found on this page. Please be sure to visit the links to explore credible research findings, the latest statistics, safety guidelines, videos, articles, expert reviews and best practices from authoritative sources around the world.

Focus on the assessment areas to hone your skills and review best practices for caring for and teaching young infants. It will also be important to revisit the latest CPR and First Aid training materials.

Starting out with a positive attitude is very important.

When the INA decided to offer an international credentialing exam for Newborn Care Specialists, it was an important goal to include reliable, authoritative sources from different countries, supporting the credentialing of NCS from diverse locations around the world. Resources such as the American Academy of Pediatrics and the U.S. National Institutes of Health are not the only organizations who are considered to be reliable and authoritative in the field of newborn care, and in fact they are not necessarily even considered authoritative in other countries besides the US. Thus we chose a wider array of reliable sources from the United Kingdom, Canada, Australia & New Zealand, plus the World Health Organization as a global resource, to be the foundation of the study guide and of the questions in the exam. In

reviewing the content from these sources, we found some small discrepancies in how newborn care is interpreted and implemented, because our diverse sources sometimes have slightly different guidelines.

However, in the entire study guide, the practices as described by all of the reliable and authoritative sources (both private and governmental) are considered acceptable child and  newborn care practices for an INA credentialed Nanny and NCS, and the INA does not rate one system or set of practices from one region or country above any other.

For example, in the United Kingdom, infant safe sleep requirements include placing the infant so that the feet touch the end of the crib or bassinet. In the United States, infant safe sleep requirements do not include anything about the position of the infant’s feet, or the infant’s body within the sleep space. These kinds of minor variations in care practices are the natural result of different professional and governmental bodies reviewing the data available to them, and thus are fully reasonable differences in standards of care between different countries.

These are NOT material differences in the standards of care; a material difference would be for example, if one organization said that placing infants to sleep on their tummies is a safe sleep practice while all the others agreed that it is unsafe.

Recognizing the inevitability of these minor variations in care practices, and committed to honouring the authentic diversity in our sources, the INA made an immense effort to be sure that no exam question tests on any point that is implemented or interpreted differently among the various sources in the study guide.

The questions range in difficulty and are meant to provoke thought and learning. It is not meant to replace thorough interviews by agencies and families, observation of nanny applicants with children of prospective employers, and complete reference checks. It can, however; be a gauge of Nannies’ knowledge of how children think and act at different ages, basic assumptions about guiding children’s behavior, and awareness of developmentally appropriate activities for children.

Professional child care providers continuously learn about children. Both experience and education keep us abreast of developments in the child care field. Our commitment to learning as much as we can about them will enhance children’s development, help them to feel secure and confident, and increase their ability to make thoughtful choices in regards to themselves and others.

Which statement does not describe the typical physical development of children? An infant who does not have normal reflexes may have brain or nerve damage.

A nanny should get help immediately when a child

(Correct response is A)

Join our mission to elevate and nurture the quality of childcare.